Is Coffee A Good Source Of Energy?

Coffee is one of the most consumed beverages in the world. Popular in its effects of Stimulating the body, the first sign of evidence of coffee drinking or knowledge of the coffee tree appears in the 15th century. All coffee grown around the world can trace its lineage back to the ancient coffee forest of the Ethiopian plateau. (1)

Caffeine is a central nervous system stimulant. When caffeine reaches your brain, the biggest change is your alertness. You’ll feel more energized and more pep in your step, and is used in medications to help with headaches, migraines, and drowsiness. (2)

Caffeine is an inhibit phosphodiesterase, to break down intracellular calcium and acts as an antagonist at adenosine receptors, which in turn, can be something that can potentially alter nitric oxide (NO) production. It is hypothesized that caffeine could potentially alter exhaled NO (eNO) levels. (3)

Although caffeine has some benefits, Caffeine also has some risks. High caffeine intake can possibly cause symptoms of depression and anxiety to worsen. Not to mention the restriction of your blood vessels and blood flow. There is a study published in 2016. The study was held in South Korea with 234 middle school students. It showed students with a higher caffeine consumption were associated with a higher risk for depression, Insomnia, and lower productivity academically. (4)(5)

The Danger Of Caffeine

Some studies suggest that more than 300 mg a day of caffeine, or equivalent to three cups of coffee, could lead to Slowed Fetal growth, abnormal fetal heart rhythm, and even loss of pregnancy. According to a study conducted by the University of Ohio, Columbus, and the National Institutes of Health (NIH), 2 cups of caffeinated beverages per day the weeks before pregnancy were more likely to have a miscarriage. (6)

Why Is Nitric Oxide A Better Source?

Nitric oxide is a molecule that is secreted by the inner lining of your blood vessels. Nitric Oxide helps the smooth muscle layer of blood vessels to relax and dilate. This helps open the blood vessels and increases blood flow to your organs. Nitric oxide plays other roles in the body such as blood pressure regulation, immune system support, and nerve functions as well as its important role in metabolic control, and production of energy. (7)(3)(4)(1)

Studies have shown that athletes using nitric oxide can increase the overall performance of athletes by allowing people to exercise up to 20% longer than average giving time for more results which could produce a 1-2% improvement in race time. (7)

Nitric oxide is not only good for the blood flow for exercise but also a big help to the most important organ in all the body, the brain.  By increasing blood flow to the brain, you allow the proteins the brain needs to help fire the proper signals through the central nervous system to help make proper decisions, alertness, and more awareness throughout the body. Nitric oxide modulatory activity of various new generations of antidepressants has been demonstrated. Clinical studies have shown that nitric oxide helps support the proper function of  serotonin, dopamine, glutamate(8)(9)(4)(7)(5)

After a long hard workout, you're usually so exhausted you can't think of doing it again. However, nitric oxide helps your muscles to replenish themselves with nutrients and oxygen, causing any lactic acid buildup to be cleared. This shortens the amount of recovery time you need before the next workout session. (10)

Ultimately the more oxygen and blood flow your body receives the more energy and endurance it will produce. Caffeine blocks adenosine receptors, meaning that caffeine doesn't help you be less tired, it just slows down the receptors' signal that tells the mind that it is not tired and constricts blood vessels, and decreases blood flow. Consumption of nitric oxide in the body can significantly boost stamina during high-intensity exercise, everyday tasks, and supports the central nervous system. (11) 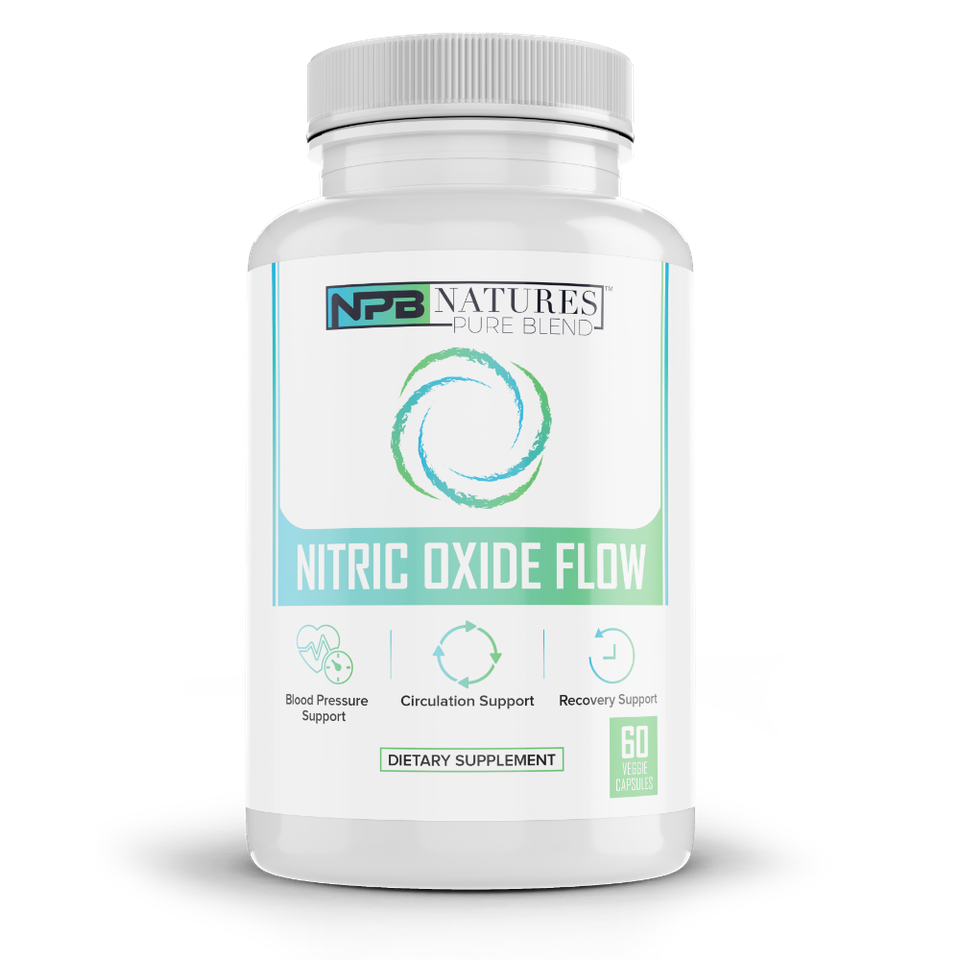 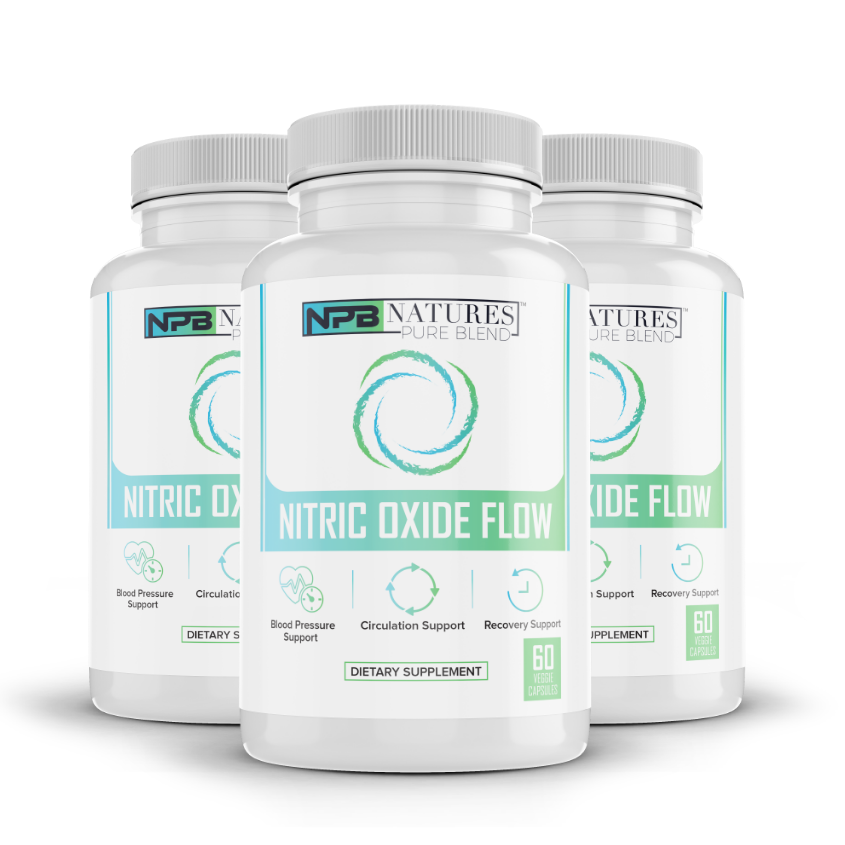 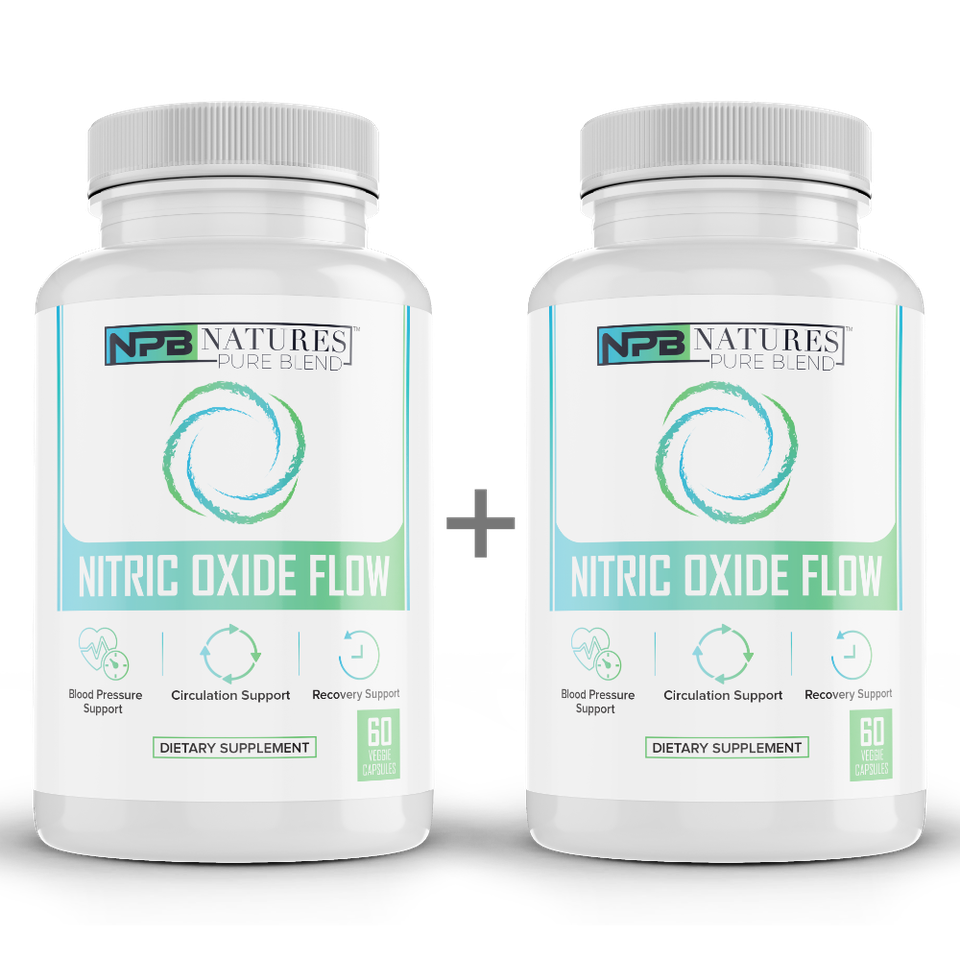